Selecting a wedding date is one of the first steps in planning your destination wedding in Costa Rica. Aside from accommodating the schedule of your family and friends, you will also want to consider a few other factors.

Costa Rica’s high and low season corresponds with the dry and rainy season. High season is usually from December to April and during this time the highest volume of tourists travel to Costa Rica due to the excellent rain-free weather. For this reason, prices are higher and plans need to made farther in advance due to demand. If you choose to have your wedding during high season you will want to secure all of your vendors as soon as possible in order to make sure you get your favorites. 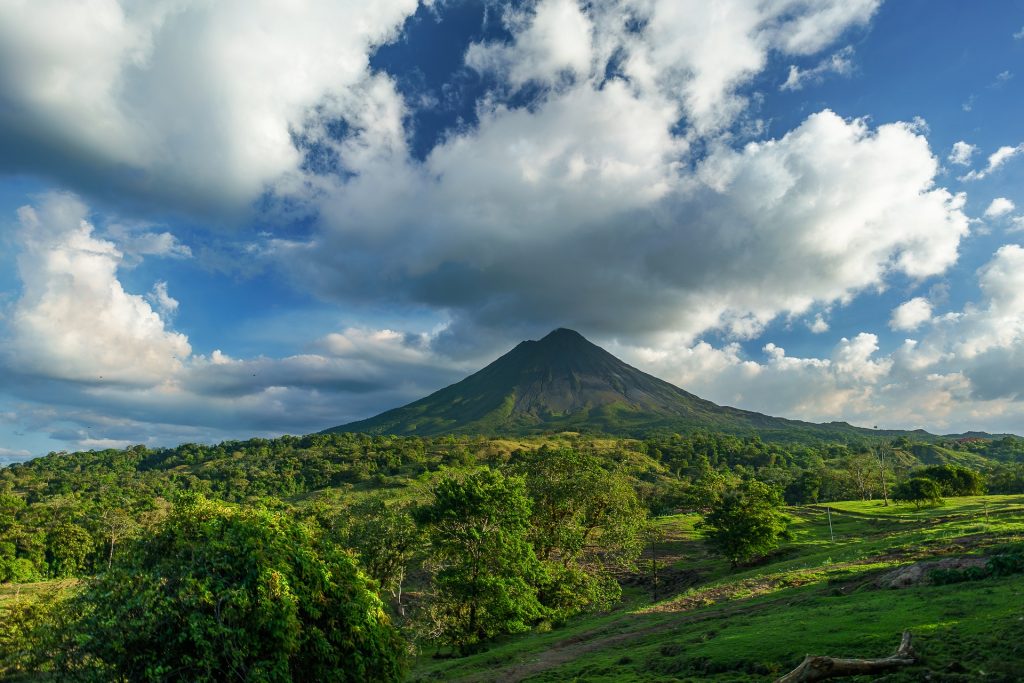 The great thing about the rainy season is that the country is lush and green! Near the Arenal Volcano, it rains year-round.

When it comes to the weather there are no guarantees but planning your wedding during the dry season will increase your chances of having a sunny wedding day. Luckily, during the rainy season, it typically only rains for a couple of hours in the afternoon and it’s often at the same time each day. Be prepared though because there are days when it can rain the entire day. The weather is unpredictable in Costa Rica and the weather forecasts aren’t reliable. Out of all the websites, the most accurate reports are from Accuweather.

The rainy season typically starts in May, though sometimes earlier, and continues typically until mid to late November but can last until the end of December.

Having your wedding during the rainy season can be great for a wedding because pricing is lower and the towns are less crowded. Pay close attention to when high-season and low-season start and end. Consider booking your wedding during the begging or end of dry season. During these times you can find great deals. Hotels, venues, and vendors will most likely offer low-season pricing and you can enjoy a sunny wedding day.

The main times when beach towns are the busiest are Christmas week, New Years, Easter Week (Semana Santa), and the weeks that correspond with the American and Canadian spring break. During these times, most vacation spots, mainly the beach towns, are filled with vacationers and due to this the cost of lodging can often quadruple!

If you are considering getting married in San José or the Central Valley then these peak season weeks may be the best since the capital and the surrounding areas will be quite empty.

Pros And Cons Of Getting Married In Costa Rica 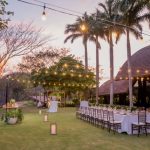 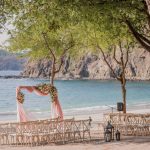 Pros And Cons Of Getting Married In Costa Rica